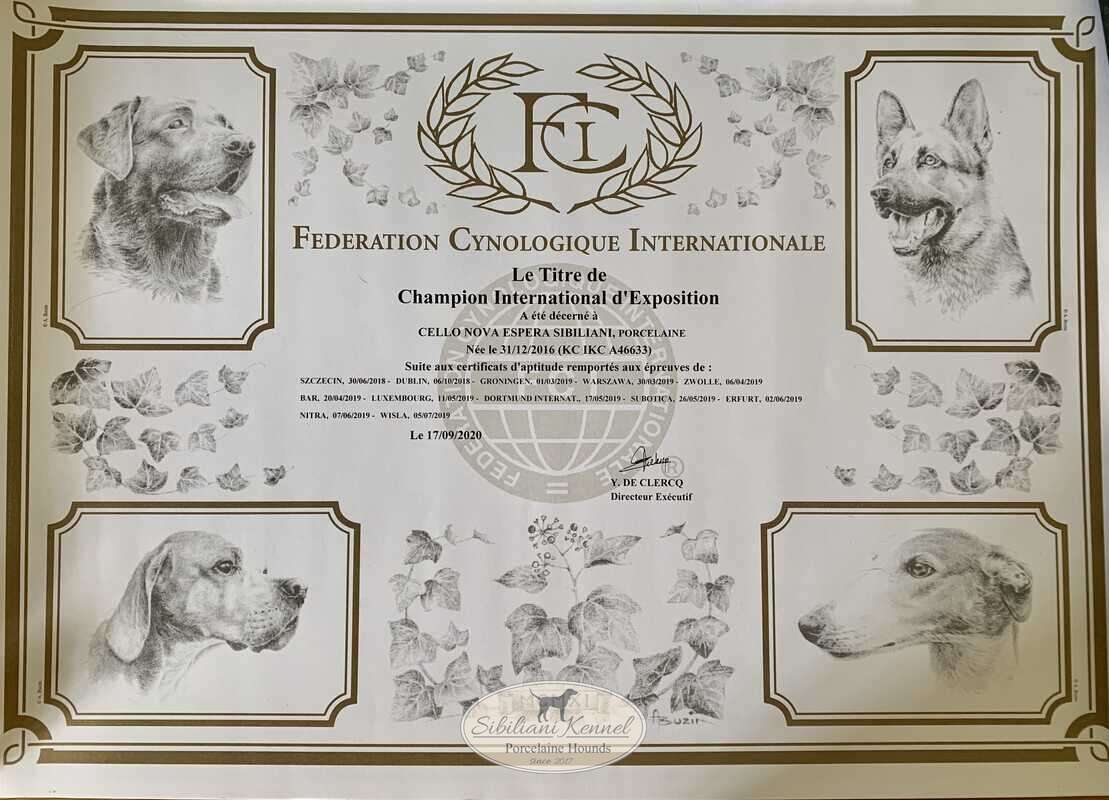 To earn this title the dog needs to have obtained in 3 different countries under 3 different judges 4 x CACIBs. Our Cello obtained these across 10 countries under 22 judges ... 23 x CACIBs....!
Also the dog must have passed a hutning test on live and natural game where the CACT (Certificate d'Aptitude au Championat National) is competed for. This condition was also fullfilled by Cello.

On this occasion it is worth mentioning that Cello was shown in 12 countries between 30th June 2018 and 7th July 2019. As a result she obtained titles:

In total, Cello was nominated with Best of Breed title 34 times! She also gained titles of Best of Opposite Sex, Best Bitch ...and many many more.
We are sure that she doesn't need to prove anything else and now - can happily enjoy the meadows and woods of Surrey with our pack of 5 Porcelaines and our honorouble Porcelaine - a 13 year old Bavarian Mountain Hound - Leeloo Sibiliani.
The full list of Cello's achievements can be seen here:

All her achievements were built thanks to the fantastic cooperation of many wonderful people - handlers, couriers delivering her on time during her trips across Europe, Warlingham Club where Cello made her first show steps, Clever Paws where she also attended to get used to her show career... Massive thanks everybody! This is our common success.

A big thank you to all our dear firends and those who supported us along the way!