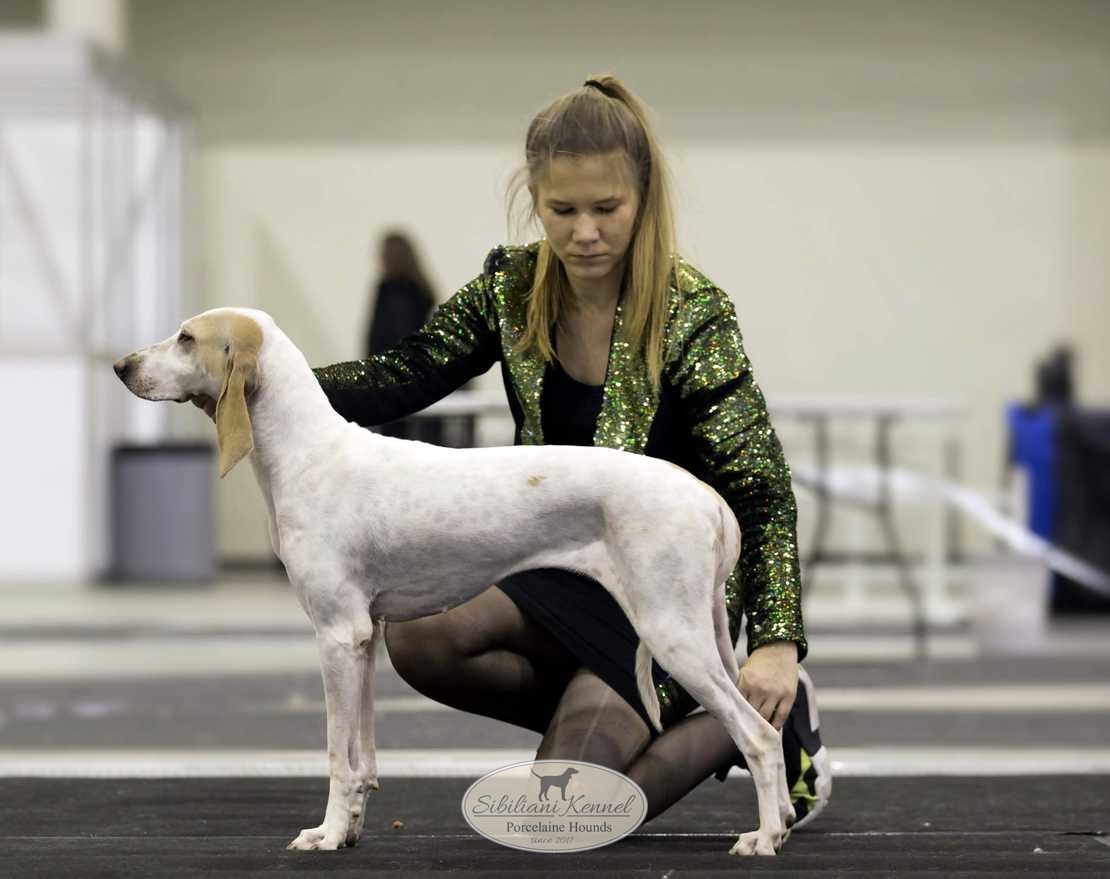 This wonderful message just arrived with today's post. We are especially happy for our lovely Nola as

she really had to go through a lot before gaining her titles. From a modest hunting bitch she became an International Show Champion, being awarded a Grand Champion in 2 countries, Champion in 6 countries, achieving her Working Certificate (CACT). During her show carrier Nola was graded 'excellent' 29 times, gaining 15 x CACIB among many other titles and awards. We hope that shortly we will be ready to announce one more FCI title for Nola.

Nola is the sweatest, the most gentle, well-mannered and empathetic hound ever. Arriving to us from France she suddenly found herself in a completely new environment and totally new situation.  From hunting in the woods and fields of Southern France Nola moved into loud and crowded dog shows. She had to learn a lot, and most of all - she had to adjust to living with different sounds, scents and among many people in a more industrial environment. At the beginning, some observers were not giving her even the smallest chance to be a succesful show dog. We are very proud to say that Nola was appreciated by many judges across Europe and worth mentioning is that she was shown in France, the home of the breed, three times, and three times she was graded 'excellent' by the specialists of the breed. Thanks to incredible work done in a cooperation with our dear friend and one of the best handlers  - Kinga Iwaniuk, today, Nola made us all so very proud and happy. Most of all - she is today a very cheerful, happy and loved hound spending her time in the fields and wood paths of Surrey.

Nola Nova Sibiliani also became a first time mother to 5 beautiful puppies of whom three live in the UK and the two others in the USA. The litter was sired by the amazing Baldoni Fonzi, thanks to Luca & Sabrina, to whom we are grateful forever for such an opportunity. One of Nola's puppies, Mishka is our keeper and develops beautifully as a new addition to our kennel.

Nola opened a totally new chapter in Sibiliani Kennel. We cannot wait for more to come...

Some more exciting news will be announced shortly.