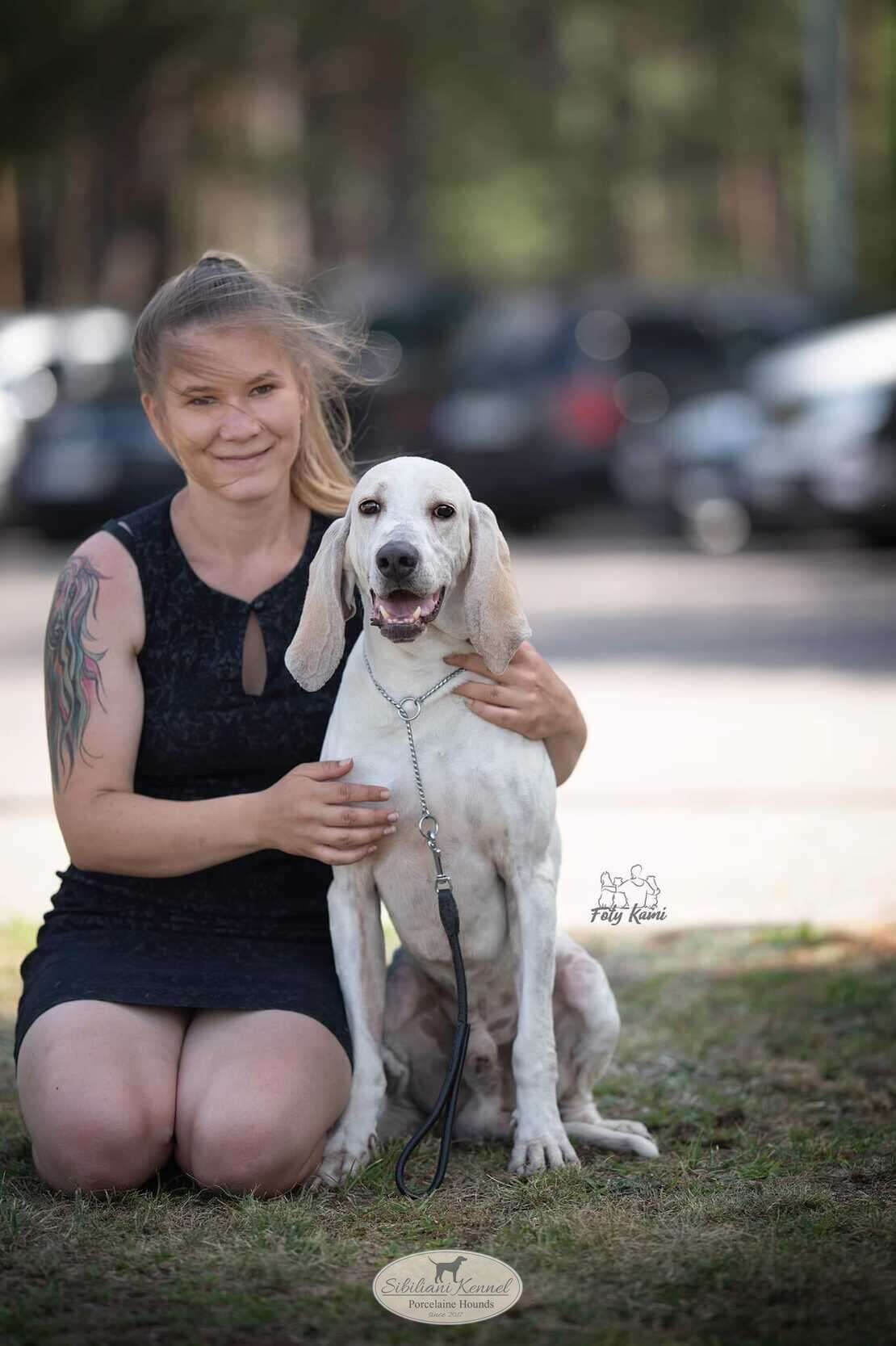 Last Sunday, 4 July 2021, Baldoni LUPO was presented at the Sarajevo CACIB III Dog Show in Bosnia i Hercegovina. LUPO was placed 1st with an excellent note in the champion class. He was also awarded with BOB, CAC and

CACIB by Judge Jean-Françoise Vanaken (BEL). These achievments meant LUPO not only became a Grand Champion of Bosnia i Hercegovina, but also received his last CACIB necessary to become an International Champion under FCI rules! Obviously, now the title needs to be confirmed by FCI. LUPO is the third Porcelaine Hound in the Sibiliani Kennel to achieve the highest FCI International title - International Show Champion - C.I.E.

At all the shows last weekend (3-4 July) LUPO was presented by Kinga Iwaniuk. Massive thanks to Kinga.

We are so very proud!