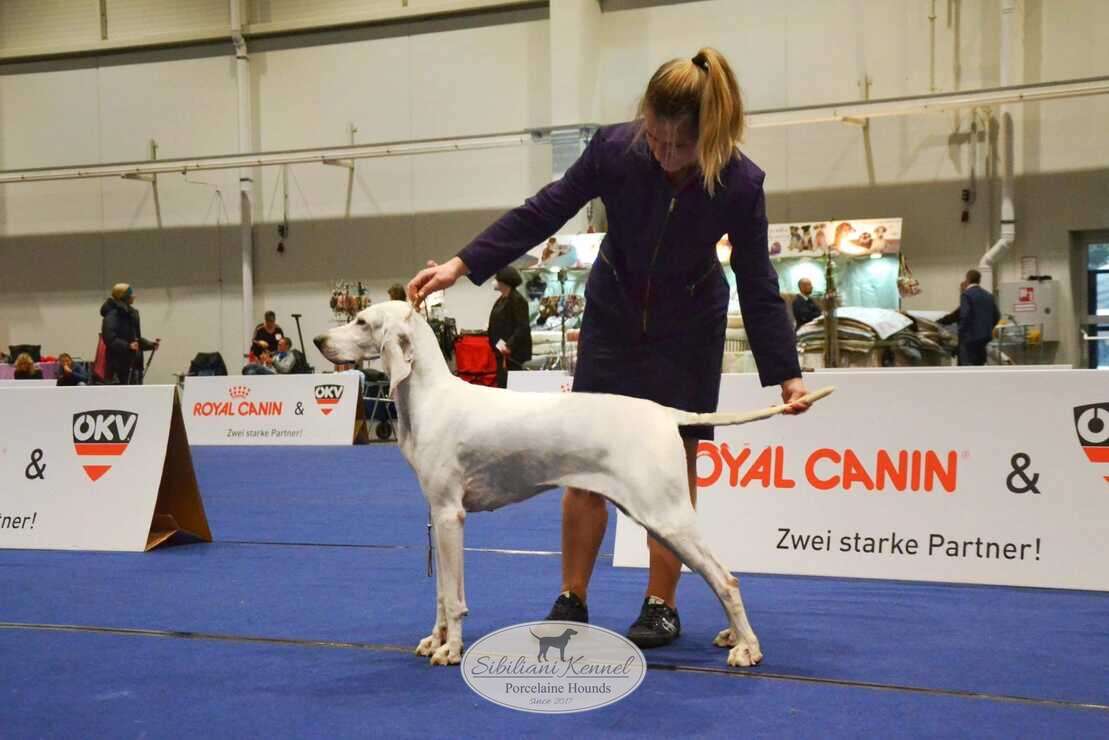 We are so proud of NELSON as all that was achieved at shows under the roof for the first time in NELSON's life! Previously he was shown only at open air grounds in Serbia where he got also all the necessary points (CACs) to become a champion!
At the show in Austria, with very little experience in shows at all, NESLON also managed to start his FCI International Champion title!
Congratulations to Nelson's breeders and massive thanks to Kinga Strizovič who handeld him perfectly.

Thanks so much to everybody!