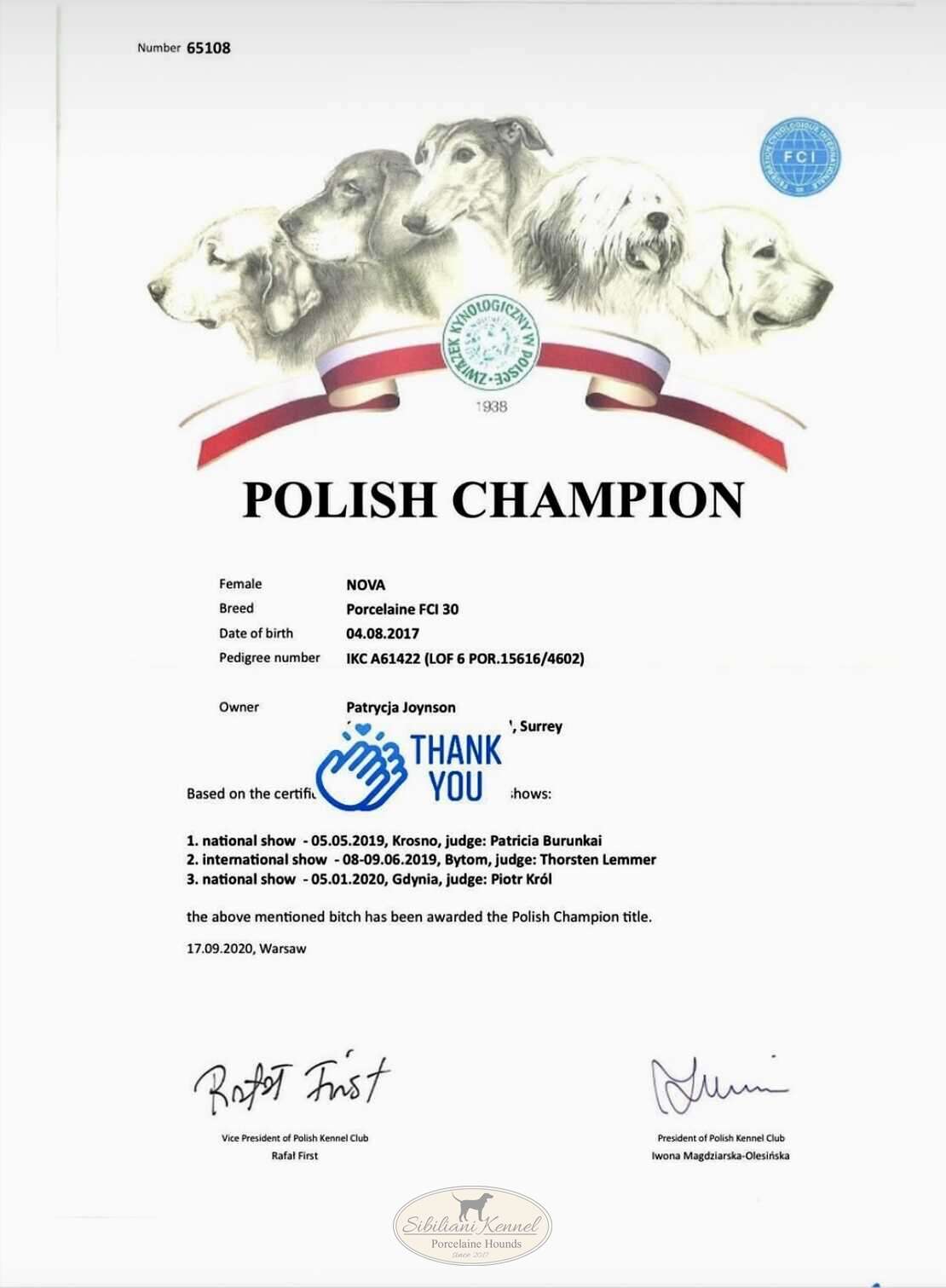 We are so very proud of her as she started her show career at the age of 19 months, previously spending her life hunting in the South of France. At the begining everything was so new to her,

that it took her a while to feel more confident in a show environment and to show herself to her full advantage. We are very happy that the judges at the Polish shows - Mrs Patricia Burunkai, Mr Thorsten Lemmer and Mr Piotr Król valued Nola so highly that they awarded her as a Polish Champion. We are always very pleased to find confirmation in experts' opinions about Nola as an excellent specimen of the breed - her perfect head and ears, nicely developed wide chest as well as great angulations and size, which is so rare at the rings these days where most of the Porcelaine Hounds shown are simply far too big. It is worth mentioning that Porcelaine Hounds are MEDIUM sized dogs - bitches shouldn't exceed 56 cm accoding to the breed standard. Our sweetheart is 53 cm which is considered the best size for hunting dogs according to French judges. Last year Nola was shown in Moulin in France at the Chien Courants show, where she also recieved an excellent note.

We hope that Nola will shortly be awarded as an International Champion (C.E.I.) to become the second bitch in our kennel holding this title.

All information about Nola's show achievements can be found here: https://porcelaine.uk/our-dogs/nova-nola-sibiliani

Congratulations to all of our French friends involved in Nola's development and success!

We are so proud of NOLA!