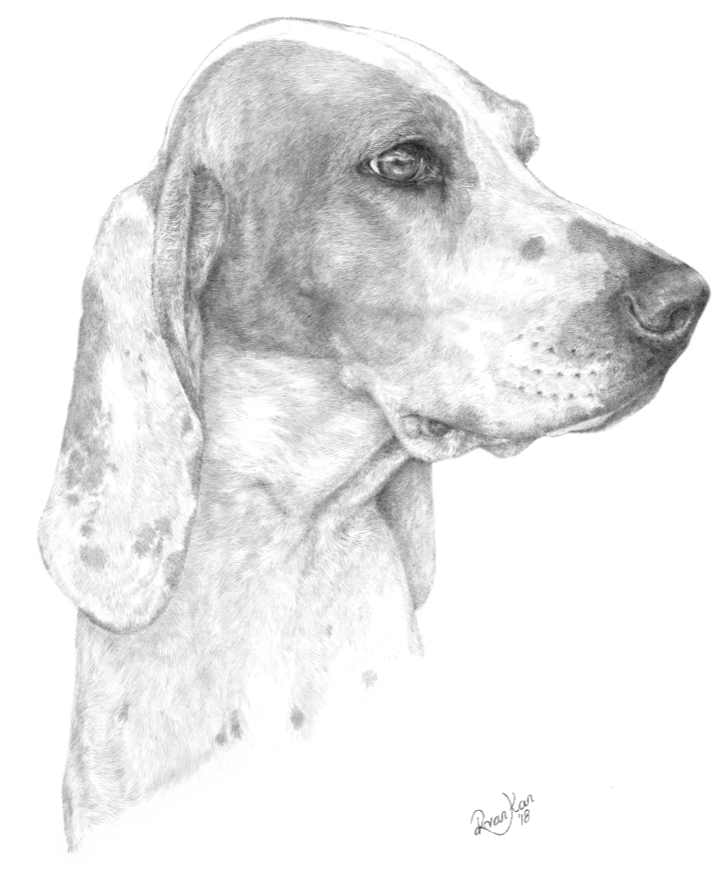 Porcelaine Hounds are considered to be one of the oldest breeds of French scent hound. They are very unique-looking, showing a top quality in all structural details.

Porcelaine Hounds - the name of the breed was derived because of their white shiny coats, through which their skin, marbled with numerous black spots, is faintly visible. Their hair is short, noses are well developed and very black, eyes - round and very dark with an expression of intelligence and sweetness. Their ears should be settled slighlty below the line of their eyes, long, rotated inward and pointed at the ends. Porcelaine Hound's head is typically lean and finely sculptured, should be long enough with a rounded pear-shaped skull and the chamfer of a good length, giving the ear a relatively long appearance. The skull should be flat with a median axis, the occiput must not be pronounced. The nasal bridge should be straight but ending with a slight arch. The head is very French in type which means it should have a lightness especially soft tissues which should be marked but taut. The head and body combined as a whole must give an impression of speed.

Porcelaine Hounds are not only beautiful, but also of very good character - they are well-balanced, brave, and are very good companions in a family environment; they love the attention of people. We are very happy and proud to share our lives with them.
Welcome to the world of Porcelaines! 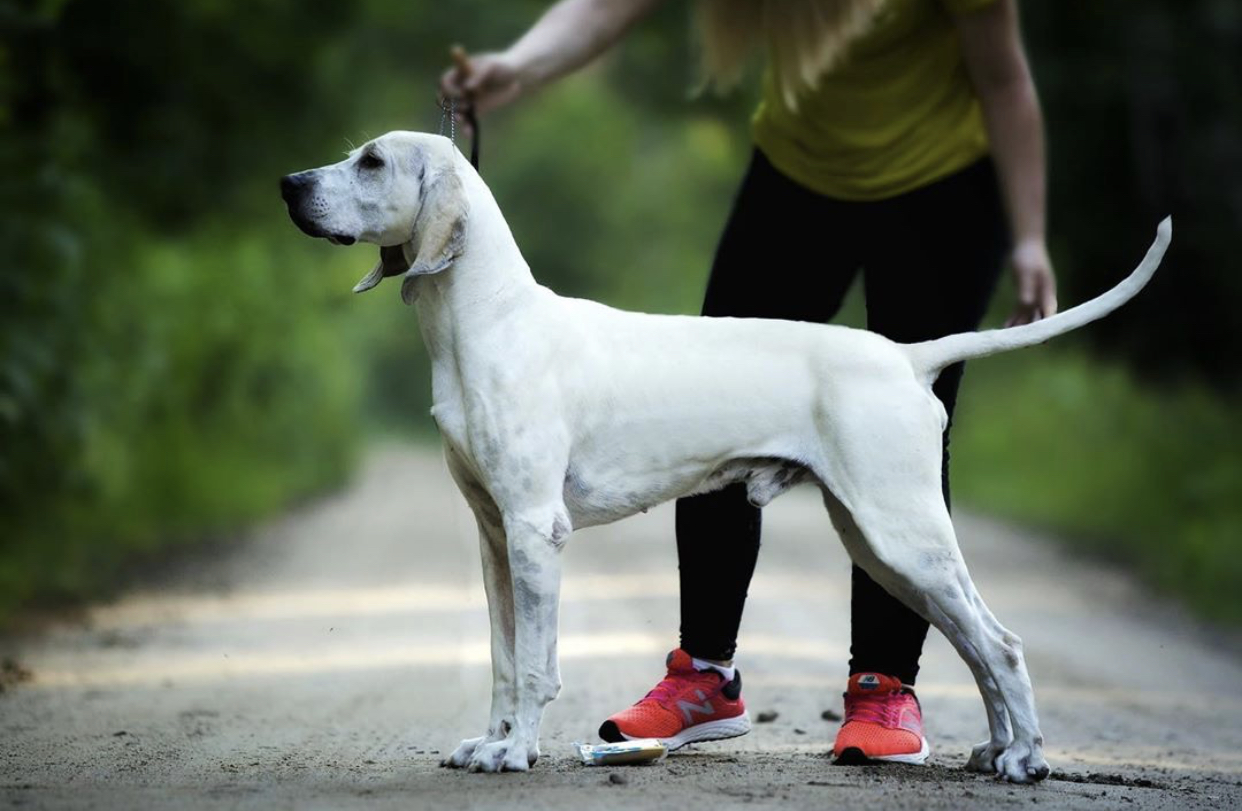 It is hard to establish Porcelaines’ exact origin because the breed is very old. The very first information about these beautiful and distinguished hounds comes from 1600 in France where they were used to hunt; mostly hare and deer.

Unfortunately, the French Revolution had a hugely negative impact – decimating the breed as Porcelaine Hounds were associated mostly with hunting by the French aristocracy. At this point, monks from the Monastery in the French-Comté area played a very important role in saving Porcelaines from extinction, by reconstructing the breed from a very small population – hence the alternative name for Porcelaines, which is “chien de Franche-Comté”.
Years of revival of the breed have now brought us a stable population with a good number of specimens. As the breed was successfully reconstructed, The Porcelaine Club (Club du Porcelaine) was established in 1971 in France, where the largest population of Porcelaines can be found. The breed, still very rare in the rest of the world, has also become popular in Italy and nowadays Porcelaine Hound breeders are appearing in some other European countries and U.S.A. 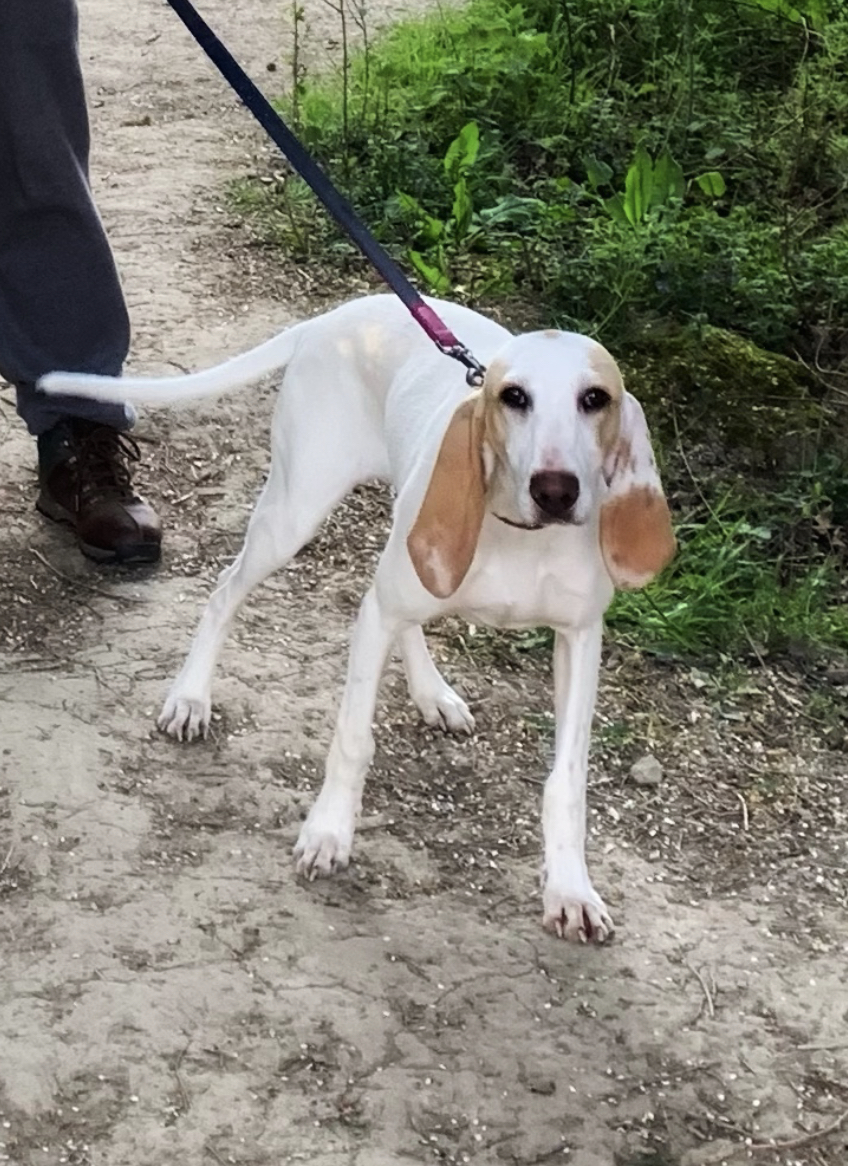 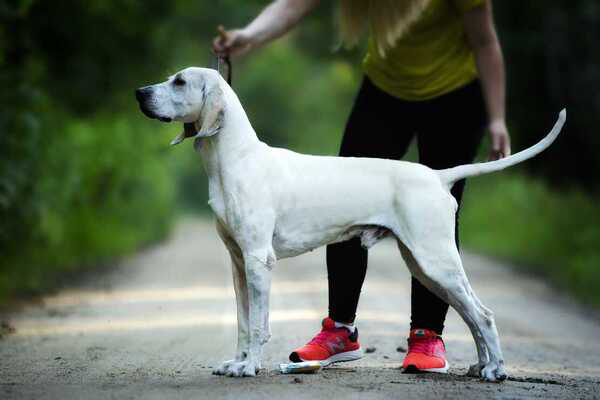 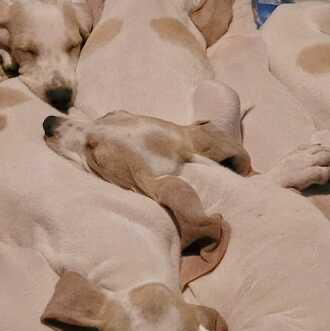 11 March 2022Another beautiful story is moving to the next chapter. Our wonderful puppies from Baldoni LUPO and NOLA Nova Sibiliani are starting to leave for their new, loving homes.The first pup - Si... 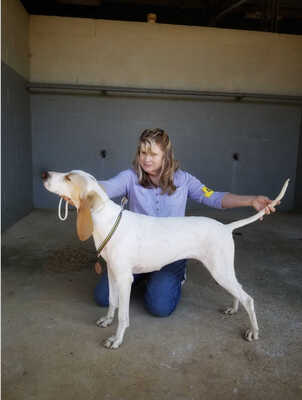 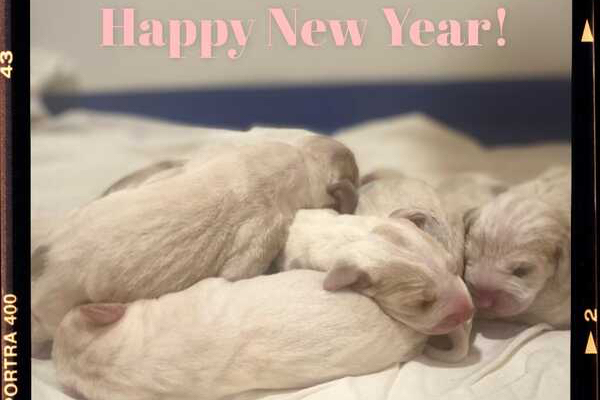 31 December 20212021 was again difficult for many of us and was so different to everything we knew before the pandemic. It affected everybody's life in a different way, including us - some of our ...
See all posts